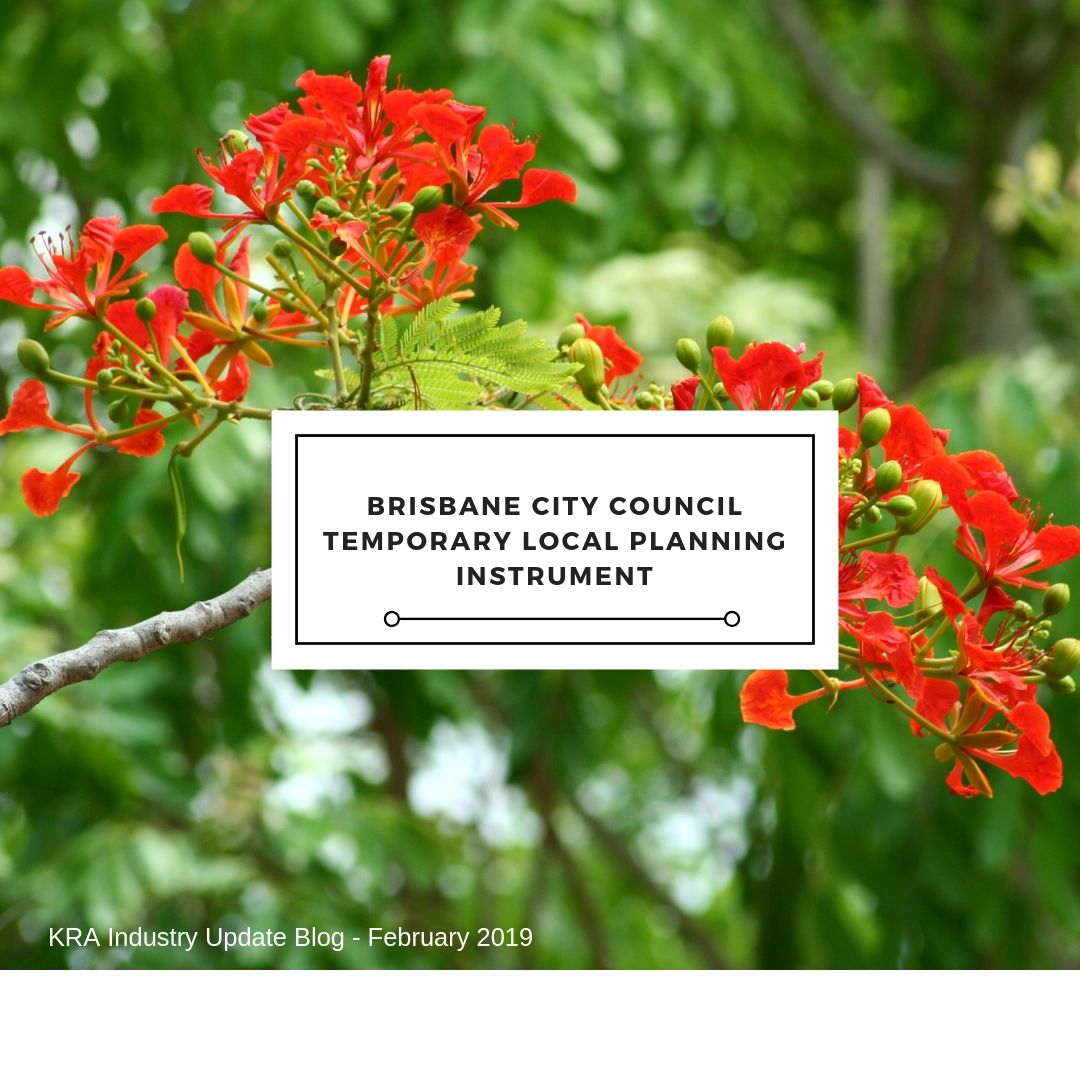 In December 2018, we provided an update on the outcomes of BCC’s consultation for the ‘Plan your Brisbane’ initiative. Members of the community expressed a desire to preserve the character of the Low Density Residential Zone, which was reflected in ‘Brisbane’s Futures Blueprint’ strategy document. There have recently been further developments in this space.

In our earlier update we confirmed that BCC had commenced making proposed changes to the City Plan 2014 to remove the ability to develop townhouses and apartments in the Low Density Residential Zone, where current provisions allow this on sites of 3,000m² or greater area.

Large lots within the Low Density Residential Zone are often the historical legacy of under-development or constraint by factors such as flooding or protected vegetation. In recent times, given increasing shortage of developable land in close proximity to the inner suburbs and resultant creep into the middle and outer suburbs, such sites have become more attractive development propositions and development applications frequently proposed heights and yields in excess of the established low density residential development consisting primarily of single dwelling houses.

To avoid further delay whilst the State Government considers Council’s proposed changes, Council on 5 February 2019 voted to adopt a Temporary Local Planning Instrument to allow the proposed changes to be given effect in the meantime with more urgency. This will assist Council to be responsive to and deliver upon the community’s expectations about protecting the low density character of the zone by specifically precluding townhouse and apartment development. The Temporary Local Planning Instrument will operate for up to two years, or until the proposed City Plan 2014 amendments are in force.

The State Government is currently evaluating how these measures will impact upon future housing supply in South East Queensland. Whether this will compromise targets in the South East Queensland Regional Plan and will have broader implications for housing affordability is yet to be determined.

Where we had previously advised developers with sites greater than 3,000m² in this zone to act promptly to avoid proposed City Plan 2014 changes before they come into effect, the advent of the Temporary Local Planning Instrument means that there is now an increased risk of refusal for development applications for townhouses and apartments in this zone. This also has critical implications for anyone considering purchasing property within the Low Density Residential Zone as a development site, and for those who already hold such sites it would be prudent to evaluate alternative development options such as freehold subdivision to suit single dwelling houses instead.

To view this blog in PDF, click here: Industry Update_BCC_TLPI